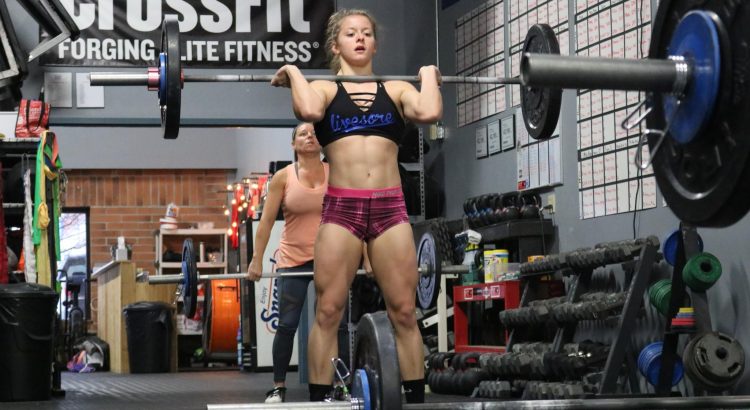 Week 2 of the 2018 CrossFit Games Open brought us a two part workout testing our speed as well as our strength. Per usual, The Dave Castro left his fingerprint on this unique workout by making us earn the barbell. If we were unable to complete the dumbbell squat, bar facing burpee couplet, we were not allowed to attempt a 1 rep max clean.

18.2a Top Performers (contributed to the team score)

Be sure to check out the 18.3 announcement LIVE Thursday March 8, 2018 at 8pm at games.crossfit.com! Also, stop by our Friday Night Lights event as we throw down for 18.3! 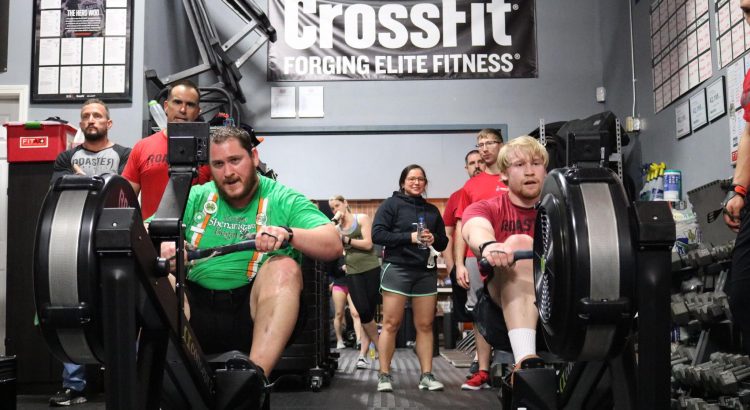 The 2018 CrossFit Games season has officially begun, and the dumbbell has made its much anticipated return. Week one of the 2018 Open brought us a 20 min AMRAP made up of toes to bar, hang clean and jerks, and rowing for calories. This unique triplet was the first time a dumbbell hang clean and jerk has been programmed in an open workout. While dealing with a new movement and movement standards can be difficult, the meat of the workout came down to pacing and conditioning. The dumbbell was essentially a non-factor for most athletes.

As always, our community gathered Friday night to throw down on 18.1. The dust has settled and our top performer this week for the women was Kasey Reis with a score of 353. Kasey’s score places her 94th in the Central East region. Kasey is also a 35-39 year old masters athlete, and her score places her 124th worldwide in that division.

On the men’s side of competition, our top performer this week was Doug Cairns with a score of 414. This score puts Doug in 101st place in the Central East region.

The CrossFit Games also has a team division in which we placed 28th out of  241 registered teams in the Central East. The team score is made up of the top two men’s and the top two women’s scores each week. This week the four athletes that contributed to the team score were Doug Cairns (414), Matt Taylor (402), Kasey Reis (353), and Serena Goode (349).

Serena Goode, who is competing in the 16-17 year old Teen Division found herself in 13th place worldwide with her score of 349.

Week 1 was pretty exciting and we have much to be thankful for. 18.2 is hours away from being announced live at games.crossfit.com. Are you ready?!