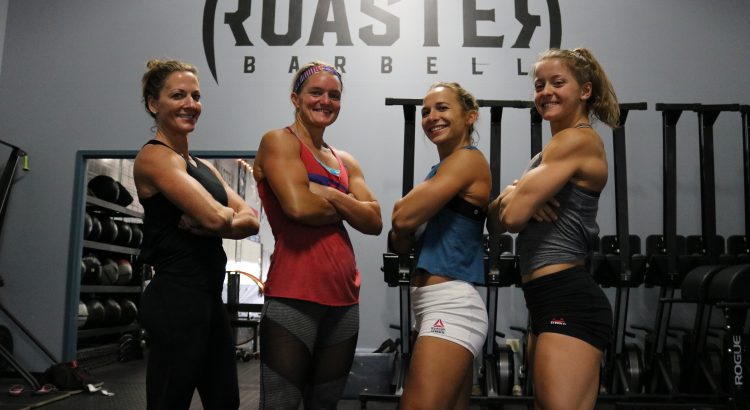 Here we go again. The topic of women becoming bulky from CrossFit and weightlifting has been discussed to death. Somehow, the impression still exists out there so my hope is to reach those that still have this impression. Here is my take.

Being a CrossFit affiliate owner, I get the pleasure of meeting with many fitness newbies who are looking to improve their health and begin exercising. Often times they will express concerns that they have seen female CrossFit Games athletes who appear bulky. Many will agree, but what isn’t considered is that these women are professional athletes who are training much differently than the day to day training that goes on inside of the CrossFit Affiliates. CrossFit Games athletes are competing against the FITTEST PEOPLE ON EARTH. That isn’t just an opinion, its proven. Not only is the training much different, the amount of years it takes to get to that level is often times in the double digits. Basically, it doesn’t happen on accident.

Saying that CrossFit is going to make you bulky is like saying that you don’t want to swim because you might accidentally make the olympics. Get real. Its almost offensive if you think that your genetics are so good, and that the training is so perfect, that you will accidentally become a professional athlete. Its just not happening.

In CrossFit, we lift weights. But why? There are a countless, proven reasons to lift weights but for women, there are some very specific benefits. Bone density. Did you know that osteoporosis affects women 4x more than men? When a muscle is used, it pulls on the bone which stimulates osteoblasts. Osteoblasts are in charge of creating more bone. More bone makes your body more resistant to fractures. That is just one example.

In our society, we have people in their 20’s who are already on prescription drugs to control blood pressure, diabetes, and cholesterol. CrossFit is not about getting big. We are here to battle chronic disease on a daily basis. I want to give you the tools to battle lifestyle illness. I want to empower you to take control of your health.